Dear Diary…Week Whatever of Social Distancing

I’m back! Did you miss me? Days 20-24 were dull. No humorous thoughts entered my head. Nothing that I thought may amuse A Brummie Home and Abroad readers. But I did refresh this old gem from the archives all about how to recreate that holiday experience from your own living room. I also wrote a blog post all about my Grand Canyon trip. From September 2010. Yes, I’m so devoid of new content that I’m reliving a trip taken almost ten years ago.

So, has this week been any more exciting? Or as it’s Easter – eggs-citing?

** Yes, I know that it is no longer Easter. Although I do still have half an Easter Egg left. I’m catching up on two whole weeks of lockdown excitement. This blog post has been sitting in my drafts, half written for over a week **

If I were a tabloid headline writer, today would be filed under “Phew! Wot a Scorcher!” I decided to let my pasty white limbs see the sunshine and spent most of the day lying prone on a blanket in the garden. With my eyes closed I could almost have been on a powder-white beach, with waves gently lapping at my toes. Instead, I’m on 8 square foot of artificial grass in the middle of Coleshill.

Of course, lunch MUST be taken al fresco under these circumstances. Mr Fletche prepares us a cheese and charcuterie selection to be proud of. It almost rivals Arch 13. Almost. And it’s never too early for a g&t. I finish off the last of the Whitley Neill Parma Violet. Gin is swiftly added to the shopping list.

Watched Le Mans ’66 (aka Ford v Ferrari). I’d never heard of Ken Miles before but he was a Brummie, born in Sutton Coldfield. Christian Bale makes a passable attempt at the accent. He does refer to “round the Wrekin” and mentions a “cheese cob” which are entries on the Birmingham lingo bingo board. He doesn’t say “a face as long as Livery Street” so I deduct points. I finish off the last of the Malfy con Limone. A x2 is added after the gin entry on the shopping list.

I spend half an hour taking photos of a creme egg. I also make another half hearted attempt to de-weed the garden. Every “weed” seems to have the potential to be a flower. I give up de-weeding. By August the garden will either be a riot of colour or a jungle of weeds requiring a machete to reach the other end.

Sunday lunch comes courtesy of Digbeth independent Baked In Brick. One of the few that’s prepared to schlep all the way out here to Coleshill. We actually took delivery on Friday but I can confirm that two days in the fridge has had no negative impact on the flavour at all. Just ten minutes to prepare and we have this ace Sunday lunch.

Check the Baked in Brick website for order details and delivery area. £25 (including delivery) is a bargain for the quality of the food.

The days have now officially merged into one. Particularly since I was furloughed somewhere around day 31. We’re working on a “3 week off, 3 week on, 6 weeks off” rotation basis. Which means I should be back working after the late Mayday weekend. We should be spending the holiday weekend in a posh railway carriage in Norfolk with an onsite geletaria and distillery. Another item scrubbed out of the diary. Thanks COVID-19.

This is what sense I can make of the random notes on my phone.

I’ve become slightly obsessed with an app which tells me what is weed and what is not in our garden. We have Mexican orange blossom, anemone clematis, Japanese skimmia, and lots of garlic. Not weed. We also have sweet flag. Despite its innocent sounding name, this is a weed.

Excitingly, we also have wisteria. I expect queues of instagrammers with several costume changes to be banging on my door at the first opportunity.

As if we don’t have enough sweet stuff in the house, I bake creme egg and mini egg brownies. They are excellent. I am becoming quite the baker. Today I’ve gone back to basics with my third banana bread of lockdown.

Having become quite adept in our virtual “Overcooked” kitchen, Mr Fletche downloads us something called Clouds & Sheep. We have a sheep. Called Buddy. We have fun pulling his tail and throwing him around the screen. Then we have a lady sheep. Before you know it, we have a whole flock of sheep that we are responsible for. We have to shear them. Build them bonfires to snuggle by. Help them fall in love. Plant trees and flowers. Give them hot water bottles (for sheep PMT?). And generally stop them from becoming sunday roast with mint sauce. I’ll keep you posted on the state of my flock soon. 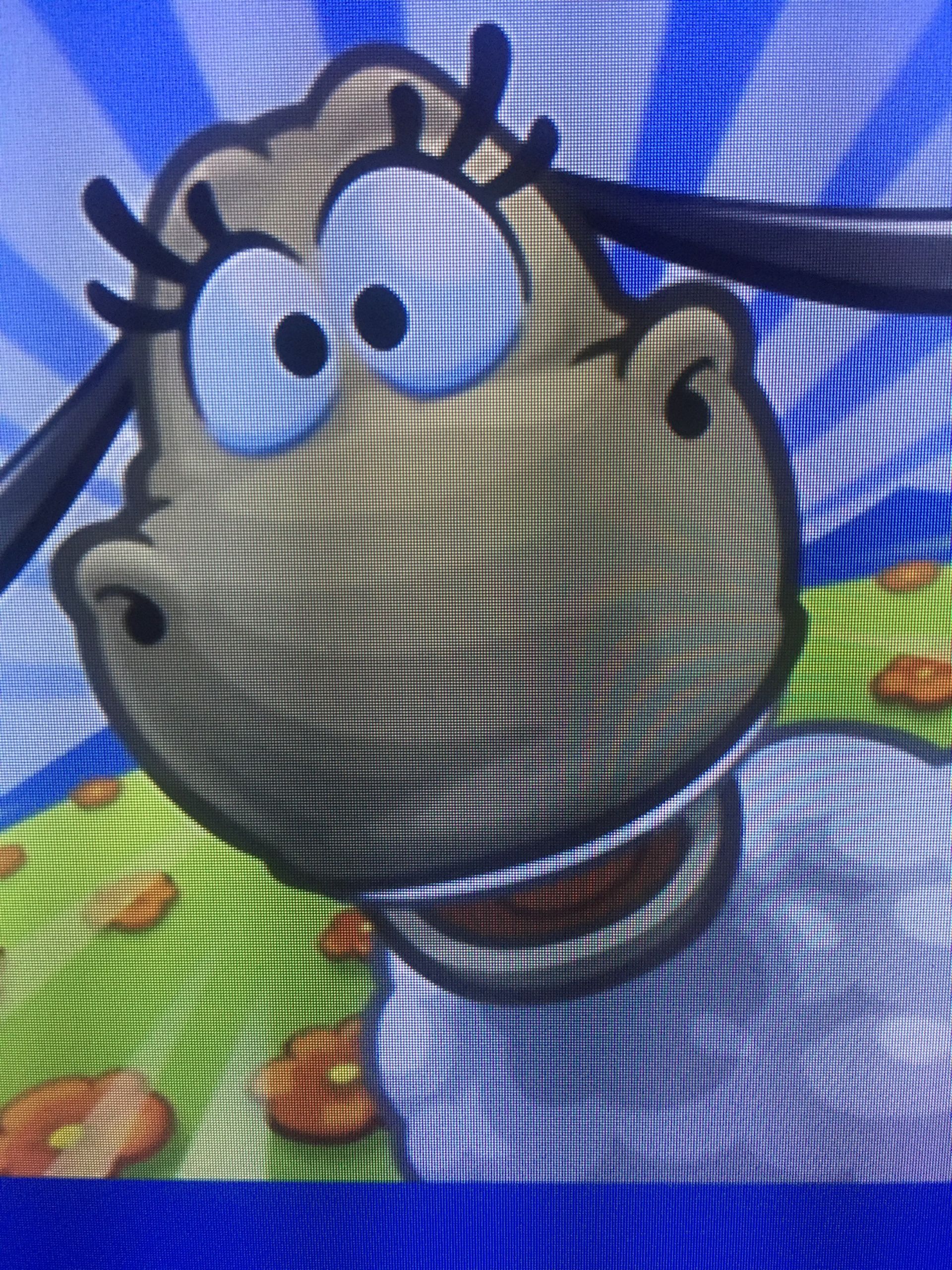 I’m missing live theatre and my friends at the Alex, but I’m loving all the theatre content on YouTube. On Saturday afternoon I settled down to watch the 25th anniversary gala performance of Phantom of the Opera. Mr Fletche and I saw POTO in the West End on our 1st wedding anniversary back in 2009, but it’s never been one of my favourite shows. Still, I thoroughly enjoyed this performance, with Ramin Karimloo and Sierra Boggess impressing as the Phantom and Christine. Fun Fact: The Phantom’s name is actually Erik.

In a musical theatre rabbit hole, I discover the Les Miserables 25th anniversary concert on Sky Arts. There goes another three hours. I get teary-eyed several times, not least when we get a bunch of Valjeans at the end.

Furlough mornings now have a 30 minute exercise session pencilled in. From the gentle poise and stretching of Yoga with Adriene, I am flung into the world of The Body Coach. Joe breaks me in the first five minutes. And we only do a beginners session. I am unable to walk downstairs without wincing for two days.

Oh, I also wrote another new blog post, all about my favourite podcasts. You can find that one here.

4 responses to “Dear Diary…Week Whatever of Social Distancing”