Where to go for the best live music in Birmingham

Birmingham may not have the musical history of a city like Liverpool, spawned a whole scene like Manchester or produced a production line of great bands like Sheffield. But there’s no denying that we have our fair share of music royalty from right here in the Midlands. UB40. Duran Duran. ELO. Black Sabbath. The Streets. The Moody Blues. The Move. The Beat. The Spencer Davis Group. Musical Youth.

And we have our fair share of live music venues too, attracting tours by established music acts and top-notch tribute bands whilst also supporting local up-and-coming talent.  Of course we have the big hitters. Two O2 Venues. The centrally located Arena Birmingham,and the Resorts World Arena out at the National Exhibition Centre. The wonderful Symphony Hall. But what if you want something a little more low-key? Something that won’t break the bank to see a good band and have a drink or two at the same time? One of my resolutions for 2019 is get out and see more live music so here are some of the best places to visit right here in Brum.

Did you know this guide to the best live music venues in Birmingham is also available as a GPS navigated app? To download this, and other Birmingham self-guided tours, please click here! The Jam House manages to combine a bar and restaurant with a great live music venue. You can expect to find plenty of famous jazz and soul artists on the bill, as you’d expect from a venue which was conceived by Mr Hootenanny himself, Jools Holland. There are also nights dedicated to funk, gospel, blues and salsa with live bands providing the soundtrack if you want to boogie all night long! Familiar names appearing at the Jam House in 2019 include Alexander O’Neal, The Christians, Omar, Imagination and The Real Thing.

It’s a dress to impress venue and you’ll need to book tickets early to get a balcony table overlooking the main stage but it’s definitely worth it for a special night out. The bar itself is free entry before 8pm, and you’ll still get to hear the music even if you can’t see the artists.

Located in Kings Heath, just five miles south of Birmingham city centre, the Hare and Hounds is a legendary intimate venue boasting an impressive and eclectic schedule of acts – my own visits include seeing Smoove & Turrell, Teleman and a Craig Charles DJ set. Hare & Hounds is most famous for being the location of UB40’s first gig back in 1979. A Brummie Home and Abroad was not there for that one. There’s a “proper” pub downstairs, with regular pop-up dining collaborations, and two rooms upstairs with excellent acoustics. If you want to see the best of Birmingham’s underground indie scene then they can often be found here. 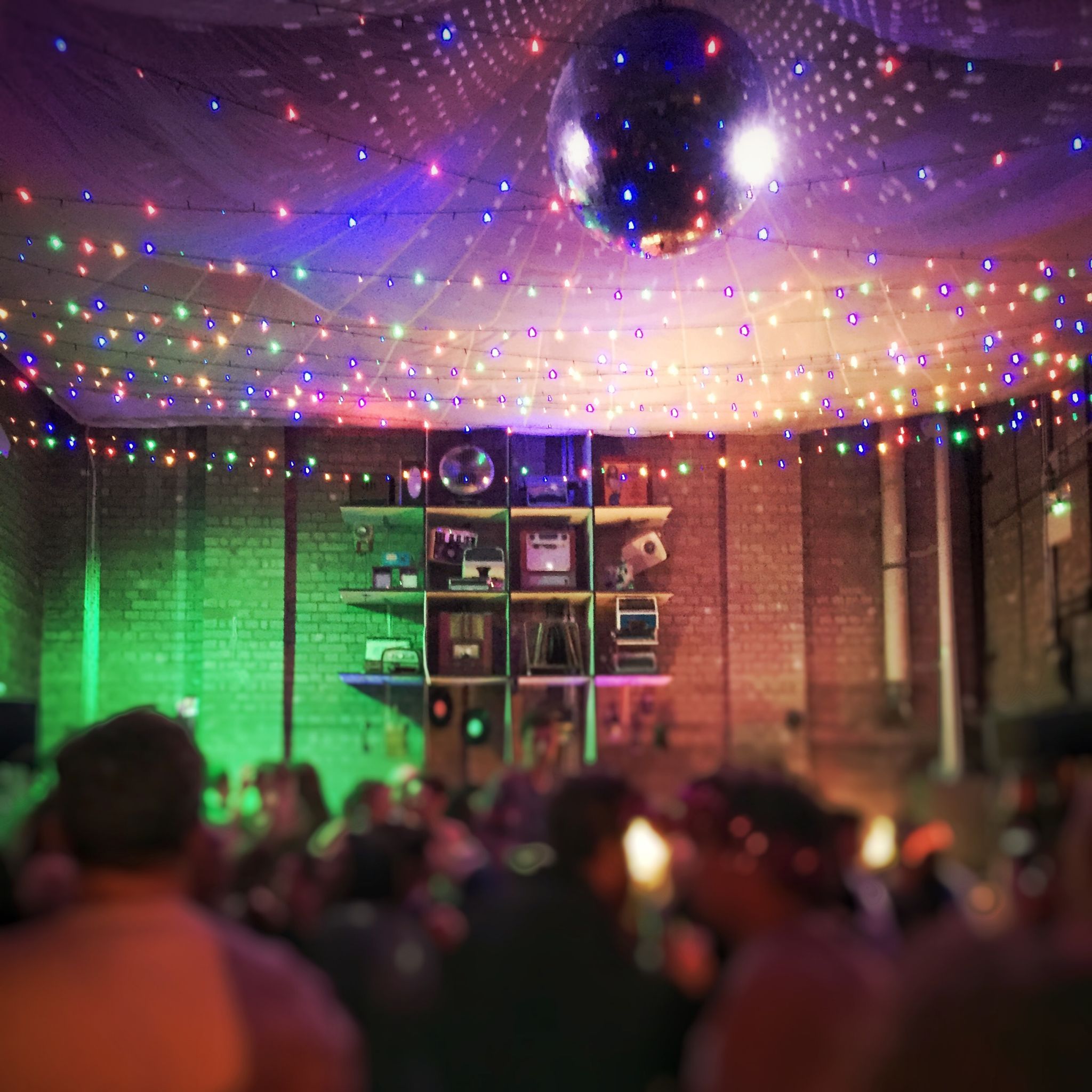 You truly step back in time at this quirky intimate venue tucked away in the heart of Digbeth. Home to Northern Soul in Birmingham, the Night Owl holds throwback parties and retro nights as well as hosting some of the best DJs, live bands and tribute acts. This is a club made for dancing, with it’s sprung wooden dance floor. I attended the Le Freak Disco before Christmas and had the BEST night – I even had my face painted for the first time! Coming up in 2019 are Britpop tribute bands at the monthly “Come Together” revival night, a funky Bongo band, a mod night and a modern French pop quartet. Where else can you find such a mix?

The Flapper is best known as being at the centre of a long drawn out property development storm but this canal-side pub and live rock music venue currently has a stay of execution until June 2019. It’s a major advocate of the independent music scene; gigs have been hosted here since 1991 in it’s basement room. Birmingham indie band The Editors played their first ever live gig here; today the events listing tends to be of the more hardcore and alt-rock variety. It’s a little out of the way from the hustle and bustle but remains a popular venue with both bands and fans. Plus it has a great canal-side terrace which catches the sun for most of the day!

Another independent venue just outside the city centre, the Castle & Falcon is located on the Moseley Road in Balsall Heath and has been relaunched in the last two years as a late night bar and live music venue. Championing up and coming bands, their events schedule reads like a BBC 6 Music playlist. They also attract some of the best tribute acts in the country – in January, the Castle & Falcon played host to Flash! A Tribute to Queen, widely acclaimed as the most authentic Queen tribute.

**I was gifted two tickets for the Flash! A Tribute to Queen gig at the Castle & Falcon in exchange for a preview on A Brummie Home and Abroad**

So what’s new in Birmingham?